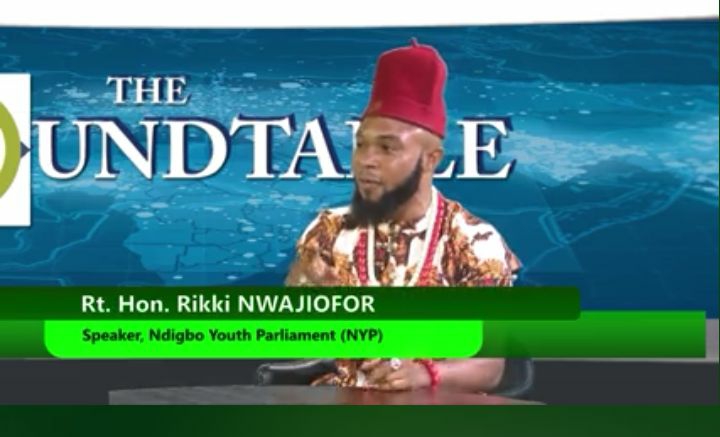 The Hon. Speaker of Ndigbo Youth Parliament (NYP), Rt. Hon. Rikki Nwajiofor, has called on the government to set the machineries rolling for the sensitization of Nigerian Youth, especially the Youth at the grassroots.

Thus, to eradicate this ontological mistrust, which did not start today, there is an urgent need for orientation and re-orientation of the Youth at the grassroots. He stated that the only immediate panacea to this mistrust is constant re-orientation at the grassroots so as to disabuse the minds of an average Nigerian youth. He applauded the Minister of Youth and Sports development, Hon. Sunday Dare, and the Permanent Secretary for carrying the youths along in their various programs.

Hon. Nwajiofor also urged the government to offer political appointments to the Youth, as a solution towards eradicating the mistrust in the minds of the Youth towards the government. He suggested that the position of Minister of state, in all the ministries, should be given to the Youth.

He, the Speaker of Ndigbo Youth Parliament, concluded by urging the Youth who find themselves around the corridors of power or in political appointments, to be good ambassadors of the Youth constituency and not to misuse the opportunity in self aggrandizement and embezzlement of public funds.

Attached is the complete video of the interactive discussion.